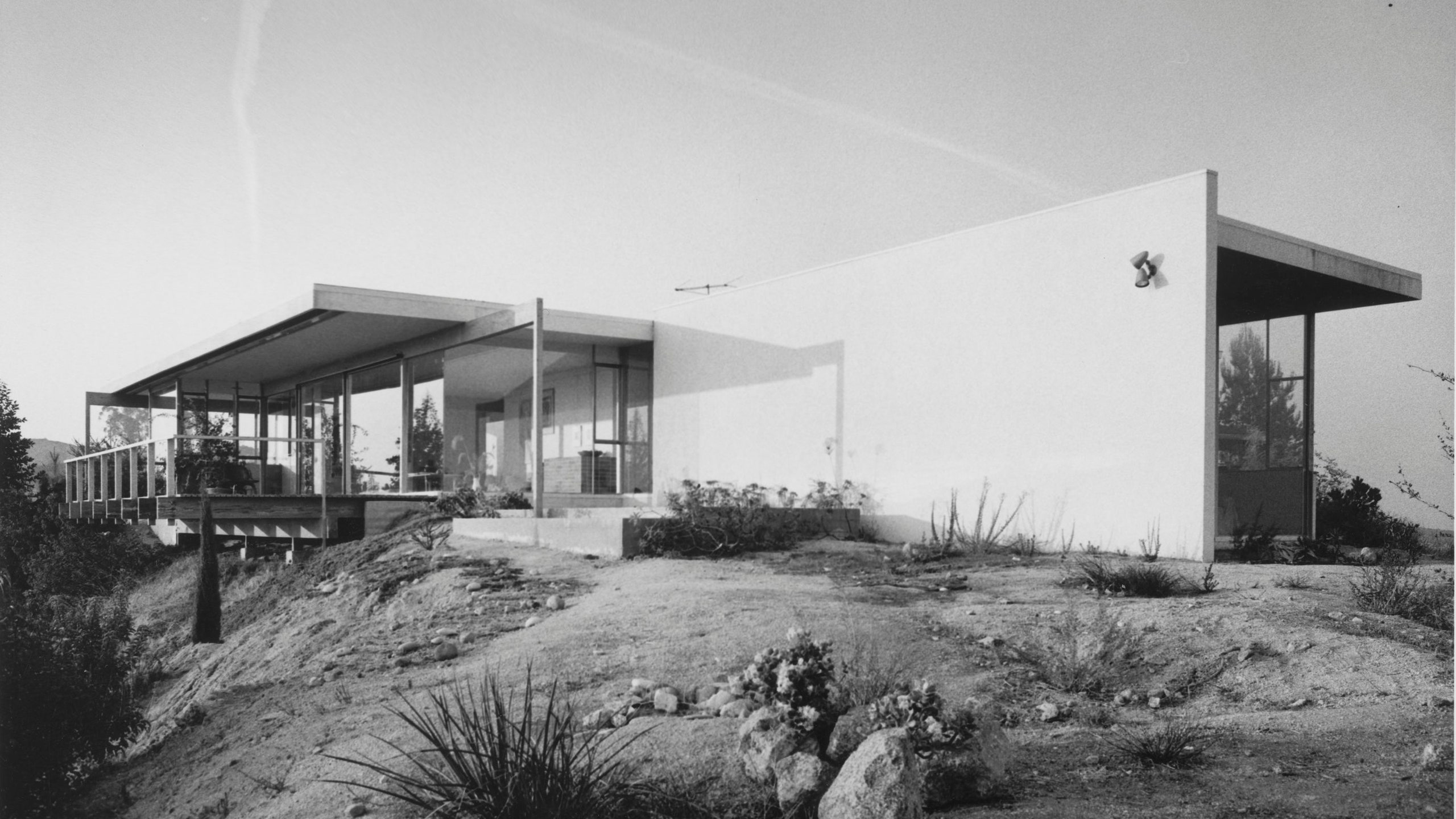 Facing demolition, the home, with its outsize legacy and the extensive art collection within, is being preserved thanks to a heartening collaboration

In 1956, when the still-untamed Hollywood Hills were an experimental architectural lab, the modernist Richard Neutra designed a house there for the painter-and-poet couple Robert Chuey and Josephine Ain Chuey. Built in the International style, the house featured Neutra’s signature emphasis on the Southern California landscape, namely glass walls that let in natural light and framed 360-degree views of the hills and sea. It gave the Chueys space for Robert’s studio practice and their social experiments in psychedelics. Despite the stunning vistas and storied provenance, however, when the house went on the market for $10.5 million in 2017, there wasn’t a buyer in sight.

“The size of the house was quite small for the price they were asking,” explains Los Angeles developer Philippe Naouri, who with partner Eric Choi bought the house two years later for the reduced price of $5.75 million. The modest 2,000-square-foot house “didn’t match the price point” of the highly coveted 1.5 acres it sat on, Naouri says, tempting prospective buyers to raze the historic house and start fresh with a profitable 20,000-square-foot mansion. With Neutra’s work at risk, the Los Angeles Conservancy quickly intervened, reaching an agreement with the owners, Ain Chuey’s niece and nephew, that would protect the house from demolition and even offer buyers the assistance to relocate the house entirely.

Naouri and Choi came to the conservancy with a different idea: to maintain Neutra’s carefully crafted views where they were and raise the value of the house by expanding it. Since founding their preservation-minded development company Maison d’Artiste in 2015, Naouri and Choi have been acquiring midcentury-modernist L.A. homes by the likes of Craig Ellwood and Rex Lotery, restoring them, and expanding them to a profitable size.

“That’s really the only way that these houses get saved,” says architect Tim Campbell, the midcentury specialist the developers have tasked with the Neutra project. Having previously restored Neutra’s 1959 Singleton House, Campbell is well versed in the challenges of historic preservation: the relatively small rooms of houses of this period; the outdated and deteriorating mechanical, electrical, and plumbing systems; and the intricacies of the architect’s original vision.

As the asking price continued to drop, the conservancy gave Naouri and Choi its blessing, and they bought the home as well as the hundreds of paintings in Robert Chuey’s estate last spring. Currently, as they work with a New York gallerist on potential shows of the artist’s work, Campbell is studying Julius Shulman’s photographs of the house along with Neutra’s own sketches to develop a construction plan that will unfold over the next year or so. After modernizing the house’s basic systems, the architect is looking to restore original amenities that have gone missing—reflecting pools and the spider leg, a signature Neutra structural feature that extends out of the house to convene with the horizon and frame the surrounding landscape.Discover AD PRO

The ultimate resource for design industry professionals, brought to you by the editors of Architectural Digest

To defer entirely to the architect’s original vision, however, would mean “making a museum and not a house,” Campbell says. “There’s always a push and call with these houses to allow them to continue to feel like they were what they were designed to be, but at the same time expanding them in a way that allows them to function by today’s standards.” Neutra’s living room, for example, is uncommonly small for modern construction. Rather than tear down any walls, Campbell’s creative solution is to repurpose it as a dining room and build a larger one in the new addition.

“The overriding push for me is to try to find the essence of the house and keep that in everything we do,” Campbell adds. “We’re looking to expand in such a way that we feel Neutra would have done it without distorting the character-defining qualities of the house—namely the view.”