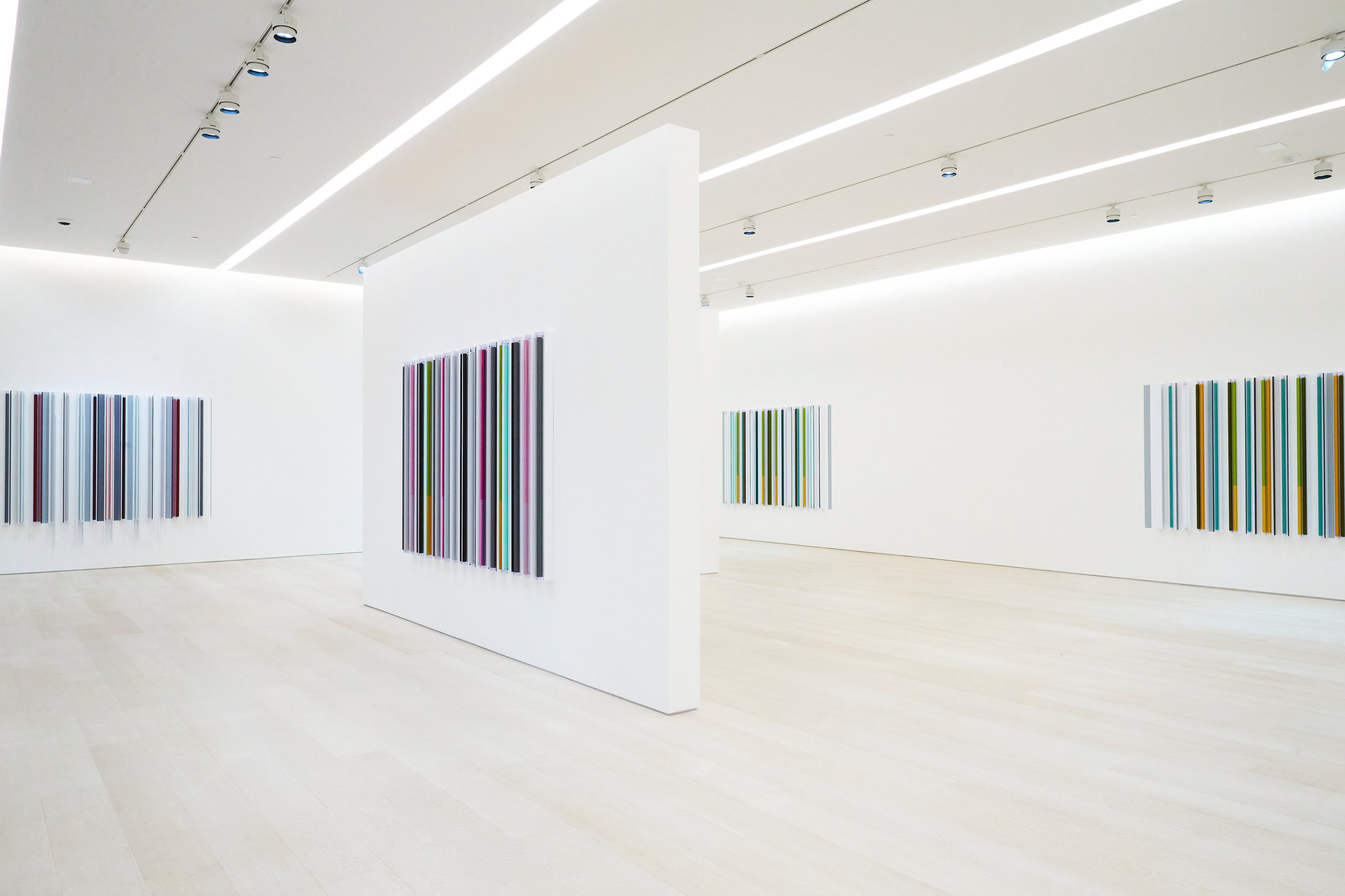 After seven decades of experimentation, the artist produces “Unlights,” a confounding wonder — and possibly “my swan song.”

At 91 years of age, Robert Irwin, one of the founding masters of California’s experientially-pitched Light and Space movement, is currently staging what may well be his final gallery show of new work at Pace (through Feb. 22). “Just look at me,” he said, by phone, from his San Diego living room. “Man, that New York show is obviously my swan song.”

And indeed, over the past half-decade Mr. Irwin has been so racked by physical ailments, especially near-harrowing chronic back pain, that he hardly ever leaves his house, except occasionally to venture to his studio with the aid of his assistants. It has been years since he has been able to visit any of his recent exhibitions, notably including his legendary transformation (15 years in the making) of a dilapidated onetime military hospital at the Chinati Foundation in Marfa, Texas.

The Pace show consists of yet another departure. Over those same 15 years, Irwin had been deploying ever more complex variations on long color-saturated fluorescent light shafts vertically mounted in varying configurations against white walls or translucent scrim expanses. To attain their often astonishing hues, he’s been meticulously wrapping the individual bulbs in layers of theatrical gels, sometimes more than 10 thick. When displaying the arrays, some of the bulbs would be turned on, some not — many some of the time, others never — with the look of those arrays changing radically with each iteration.

All the while Mr. Irwin has been noticing how some of the bulbs looked especially sumptuous or enigmatic merely turned off, and so this time out, he has limited himself to their palette. The bulbs are still mounted on long gleaming white electrical fixtures, but those canisters contain no wires, and the bulbs are never turned on. Hence the artist’s typically bland and clunky name for the show — “Unlights” — and his insistence that these works are “drawings,” a term meant to suggest a certain sense of improvisation and free play.

The results are ravishingly gorgeous, and compoundingly confounding. For Mr. Irwin has also been adding all manner of variations to his usual bag of tricks: thin full-color zips down the sides of some of the fixtures; in others, inner sleeves along the fixture walls are occasionally painted black or gray or lighter gray, and likewise with the intervening wall itself between the fixtures, and there are subtle vertical stripes running down the length of some of the bulbs. What at first might seem an airy, even Zenlike succession of shafts, gives way to a near-delirium of zany variation.

And in many ways, his is a summary achievement.

From the early 1960s onward, Mr. Irwin had been engaged in a successive phenomenological reduction of the art object, insisting that he was pushing cubism’s most famous achievement, the collapse of figure and ground, yet further forward: for how, he demanded to know, could that achievement be limited to the action within the frame of the painting — what about the shadows on the wall? Why should they be considered less figure than the object they grounded? With his eerie disk paintings of the mid-60s, the shadows emanating behind the outthrusting shadow-colored disk were deemed just as important as the disk itself (and in the years thereafter the studio where they’d been made, and the gallery where they were being displayed deemed no less privileged than the world that surrounded them). To those accusing him of aesthetic nihilism, Mr. Irwin would counter that far from reducing the figure to the status of the ground, he was rather raising the ground up to the status of the figure.

And yet the curious thing here with this new series is that Mr. Irwin has introjected those very same shadows from the contours into the very centers of his expanding arrays.

Similarly with color. For the longest time, from the mid-60s well through the ’70s and beyond, in order to focus his argument Mr. Irwin had pretty much limited his palette to white and black and scrim-gray (as, for example, with “Scrim veil—Black rectangle—Natural light,” his 1977 intervention, restaged in 2013, across the entire emptied fourth floor of the old Breuer Whitney).

But after having arrived at Point Zero, as he called it, in the late ’70s, insisting that perception itself in all its marvel and ramifications, absent any objectlike expression, ought now be seen as the sole true subject of art, he presently emerged on the far side: in the early 1980s he was chosen for one of the most expensive and expansive public art commissions, the Central Garden at the Getty in Los Angeles. And with the thousands of flowers he auditioned for that project, color itself came flooding back into his purview in all its dazzling variation — between flowers, of course, but even within individual petals and stems.

And the sorts of things he limned along that Brentwood hillside are rampantly evident in the uncanny colors and combinations of colors in this possibly final project.

For the longest time, all through the ’60s, the ’70s and into the ’80s, Mr. Irwin wouldn’t allow the photographic reproduction of any of his pieces, arguing that photography captured everything the work was not about (image) and nothing that it was (presence). He could be as headstrong as he is mind-wide, and this ban was one reason he remained arguably the least known of major American artists for so long. He eventually relented — noticing how he was becoming better known for the ban itself than for any of his work. Still, few of his shows have proved as difficult to capture with still photography as this current one.

The still image, almost impossible to read in the best of circumstances, fails to capture almost everything going on with these pieces, which virtually require movement around and about, back and forth, head-on and then from an angle across long expanses of attention to activate their mysteries. Video gets one a little closer (and will have to do, once the show closes). Hence our own recourse to such clips in this review, but even there, the play of circular bulb-columns, rectangular fixture-canisters, reflection and shadow, and trompe l’oeil backdrops and sleeves painted the color of shadow, continues to confound. Wait, which is which, and what is going on here? As ever, Mr. Irwin jump-starts us into “perceiving ourselves perceiving,” the greatest wonder of all.

Some of the visitors to the current show could be heard invoking Matisse’s final cutouts. Others Beethoven’s last quartets, which was perhaps closer, though again not exactly right. Back in high school, three-quarters of a century ago, Mr. Irwin used to amass considerable amounts of pocket change by way of dance contests, swinging away to his beloved Lindy. And to this day he often resorts to musical analogues: bebop, rhythm, syncopation.

So here we arrive, near the culmination of a magnificent career.