Older Americans are aging in place. Are their homes ready? 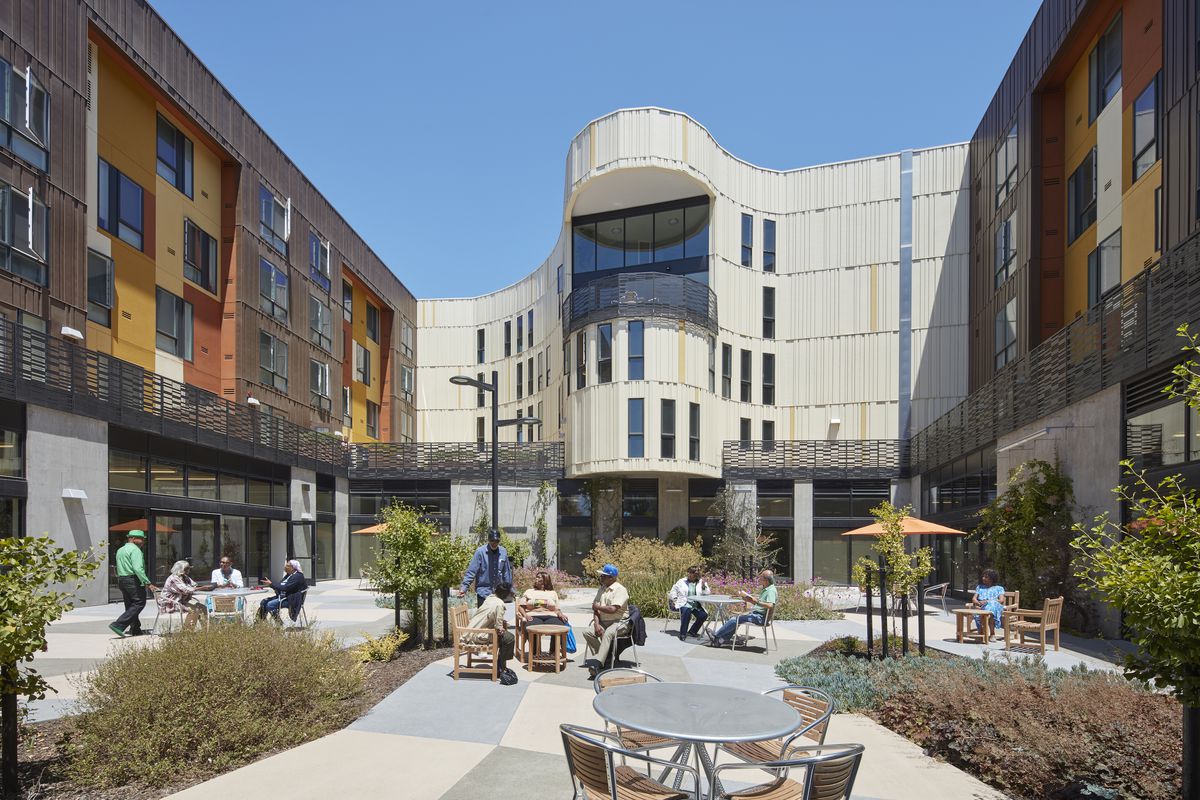 There are three design fears that keep Jeremy Myerson, a professor and chair of design at the Royal College of Art, up at night: poorly designed mobility scooters, stairlifts, and walkers.

“Why is [design for the elderly] so bad?” he wondered in a recent Tedx talk. “Why is it all about medical looking aids and appliances? Why is it sourced from obscure catalogs rather than the Conran shop? Who thought that white plastic grab rails in a kitchen are a good idea? Why are expectations so low, so beige, so bland?”

As Myerson observed, aging has traditionally been perceived as a medical problem characterized by illness, decline, and dependency. But as the cultural understanding of aging changes (retirement, for example, is increasingly less of an option), so does our perception of how older people might want to live in their homes. In New Old, a new exhibition at Pratt Institute’s Manhattan Gallery open until May 23, Myerson explores what that might look like.

“We want years full of life rather than life full of years,” Myerson, who is in his early 60s, tells Curbed. “We want them to be active and fulfilling.”

The New Old began as a 2017 exhibition at the Design Museum in London, and has been traveling to different countries since then. For the Pratt adaptation, curator Myerson invited the university’s faculty to contribute their own projects to the show, included more American examples, and altered some of the contextual storytelling to the unique conditions of aging in the United States.

Compared to other wealthy countries, the United State’s life expectancy is lower, 79 years rather than 81. Factors contributing to this difference include unequal access to health care, opioid overdoses, alcoholism, suicide, and a high rate of traffic fatalities. The vast majority of Americans aged 65 and older—about 96 percent, according to the exhibition—live in regular houses, apartments, and mobile homes. Just four percent live in specialized housing, like elder care facilities. Meanwhile, 56 percent of Americans aged 65 or older live in suburban areas and 23 percent in rural areas—places that are car dependent and far from services. While European countries have a large social safety net, the American belief in “rugged individualism,” Myerson argues, sets seniors up for difficult later years.

“Individualism manifests in enormous inequality,” Myerson says. “If you are wealthy in America, you will age well. If you’ve not got any money, aging is more of a problem.”

The reality is most Americans are aging in place, in homes that aren’t adapting to their changing needs. The projects in New Old show solutions to the challenge of housing for seniors and also include conceptual projects that might spark solutions in the future.

There has been a focus on designing better elder care facilities and creating new models for senior housing. For example, the exhibition includes the 120-unit Dr. George Davis Senior Building in San Francisco, a space where seniors can age in a supportive and dignified setting that’s near services and that is beautiful and comfortable. All of the units are designated as affordable, with 20 units reserved as permanent housing for homeless seniors. Designed by David Baker Architects, the space is brimming with common areas for socializing.

“This was an architectural invention as a social innovation,” Myerson says.

Not all seniors want, or can afford, to move into a specialized facility. But many also need some degree of care. For New Old, Myerson commissioned an apartment concept from the British firm Industrial Facility, which has worked with companies like Herman Miller and Muji to design products. Their Amazin apartment was based on the notion of independent living through an elaborate, invisible service system that used robots as well as human labor to replenish the pantry, to clean, and to wash laundry.

The project received criticism as a gilded cage—“If you never run out of milk, you never have to have a reason to leave, and you become more isolated,” Myerson pointed out—which sparked a conversation on the rational and emotional associations with home. Any good design solutions will have to address both the practical realities of home and its emotional elements.

“Home isn’t the physical function of space where you sleep and cook and watch the telly,” Myerson says. “It’s an emotional space: Your relationship with your kids, your neighbors. As your senses diminish, home becomes a form of memory.”

Pratt professor Keena Suh and Markus Waschewsky explored the emotional end of the spectrum through a work called “Senses of Home,” which conceived of home as a collection of memories.

Myerson sees a huge opportunity for design to address the needs of older people aging in place, withadaptive products that make it easier to complete daily tasks, like Sugru, a type of putty that you can use to make objects easier to hold. Or a sculptural sink that has clearance beneath it so wheelchair users or those who need to sit in a chair can do so easily.

“We need lives that are connected, fulfilled, healthier, active, and more engaged and key to that is accessible design,” he says. “The European approach is inclusive design, which is to see the market potential [of designing products everyone can use] and is better than the American approach of universal design, which is to use legislation to punish if you don’t make it accessible. It’s stick versus carrot.”

The overarching message of New Old is that our homes and communities need more inclusive design, which benefits everyone in the end.

“The problems people have with wheelchairs are the same problems mothers have with buggies and executives have with rolling luggage,” Myerson says.