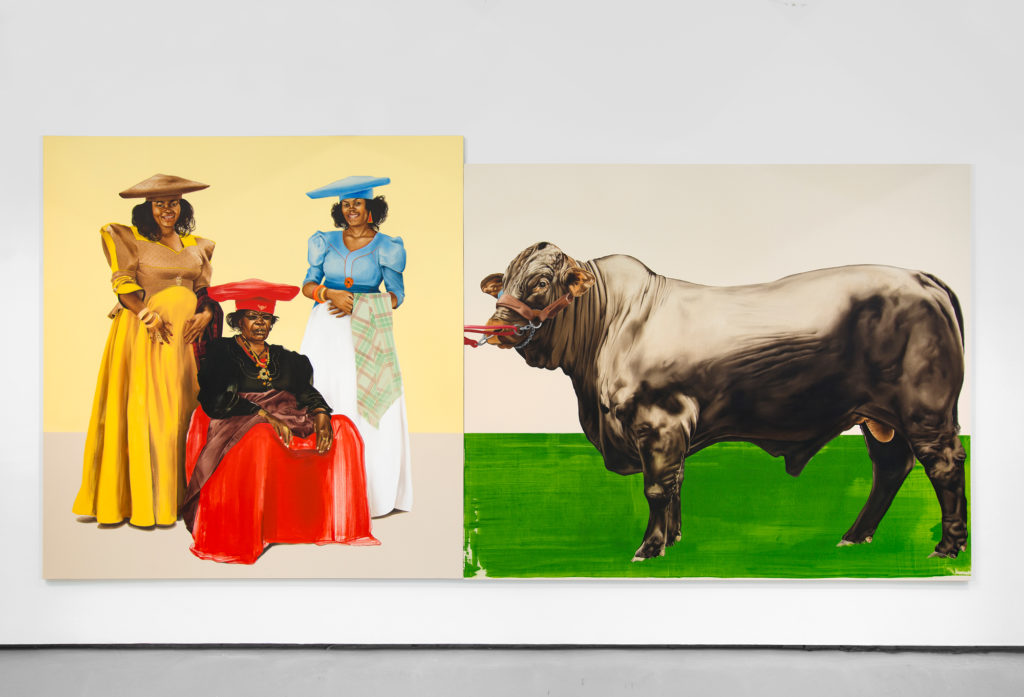 While museums are closed to the public, we are spotlighting an inspiring exhibition somewhere around the globe each day.

While museums around the globe are closed to the public, we are spotlighting each day an inspiring exhibition that was previously on view. Even if you can’t see it in person, allow us to give you a virtual look.

“Meleko Mokgosi: Your Trip to Africa”
at the Pérez Art Museum Miami

What the museum says: “Combining a high degree of painterly skill with a poetic, open-ended semiotic approach and a penchant for deep archival research, Meleko Mokgosi shines light on some of the complex socioeconomic dynamics that animate contemporary southern Africa.

Why it’s worth a look: Amid the mural-style realist paintings Mokgosi created over the past few years, one of the highlights at the museum is a new commission made for the 30-foot-high project gallery, now taken up by eight narrative paintings arranged in a square on the wall.

The title of the work—also the name of the show—is “Your Trip to Africa,” a reference to Peter Kubelka’s 1966 film Unsere Afrikareise (Our Trip to Africa), in which Kubelka documented the safari trip of a wealthy Austrian family at their request, collecting footage of the Europeans taking part in tourist-style activities while capturing the real-life challenges of African citizens happening simultaneously. The result is a disturbing document of colonialism and drastic economic and social inequality, made even more grotesque by the total ignorance of the European vacationers who are only interested in enjoying their “authentic” African adventure.

Other works come from the artist’s “Lerato” series, shown at Jack Shainman in New York in 2016, and which were inspired by European notions of allegory and love as depicted in art history, creating detailed scenes that unfold on the canvas to upend traditional historic narratives using race and cultural signifiers.