John Lautner’s Silver Lake residence on the market for $1.6M 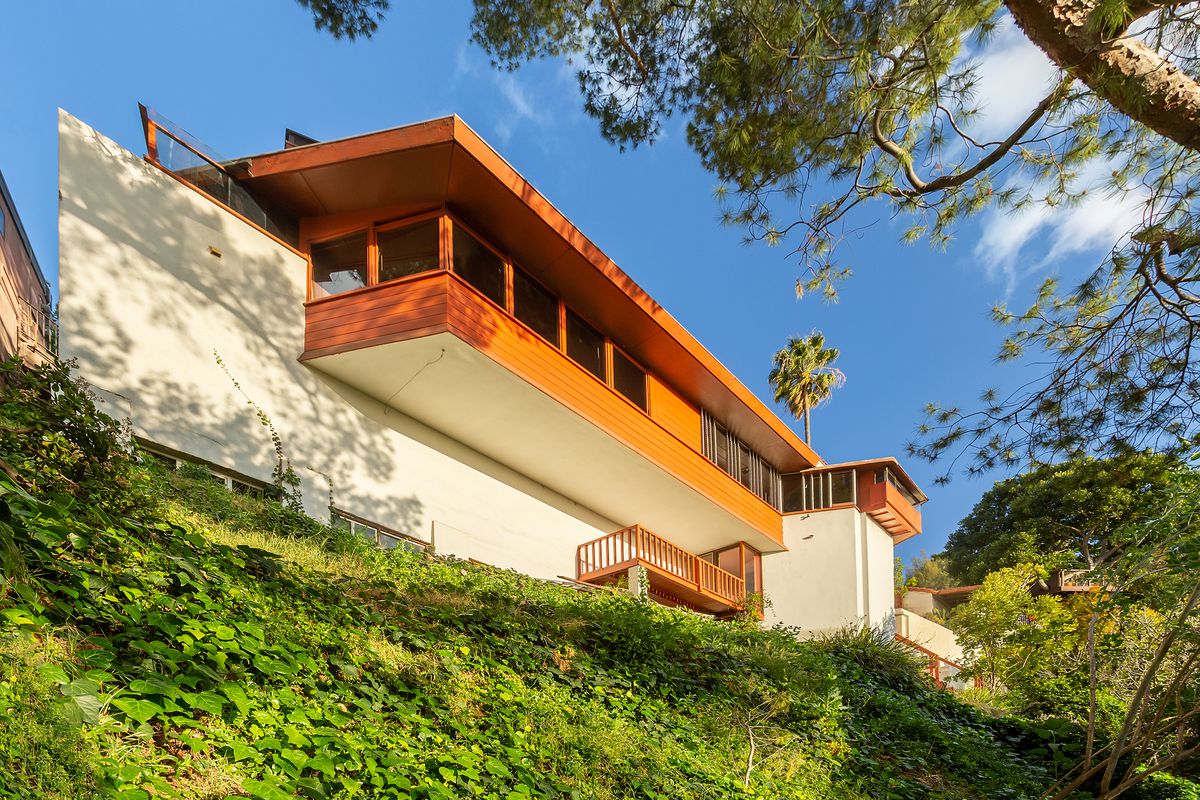 Completed in 1940, it was the first of three houses the architect designed on the same street

Up for sale for the first time in four decades is the only home modernist icon John Lautner ever designed for himself.

Located at 2007 Micheltorena Street, just down the road from the architect’s exuberant masterpiece Silvertop, the hill-hugging residence was built in 1940, and hailed that same year by eminent architecture critic Henry-Russell Hitchcock as the “best house by an architect under 30 in the United States.” The architect lived in the house until about 1947, when he split up with his first wife, MaryBud, who got the home in their divorce.

An early illustration of Lautner’s facility with challenging lots, the redwood-clad residence cascades down the hillside in a series of hexagonal spaces. Measuring a compact 1,244 square feet, it features two bedrooms, two bathrooms, built-in furniture and bookcases, hardwood and concrete floors, a brick fireplace, and wrap-around windows to maintain the all-important connection to nature.

On the National Register of Historic Places, the Lautner residence has seen minimal alterations to its original design and would seem a likely candidate for Mills Act designation. Last sold in 1984 for $175,000, the pedigreed property has just hit the market with an asking price of $1.59 million. Ilana Gafni of Crosby Doe Associates has the listing.