Inside the House From Bong Joon Ho’s Parasite 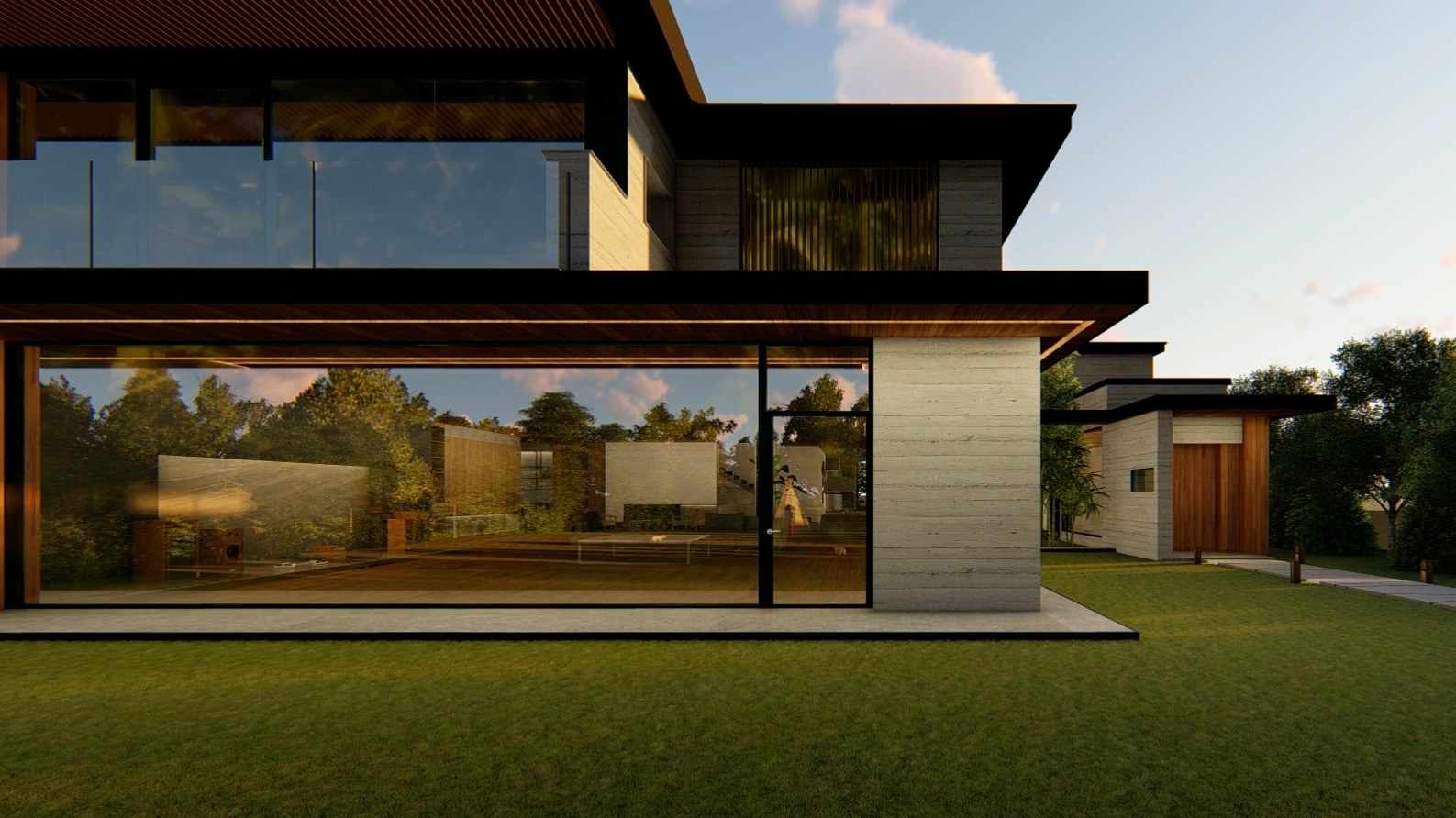 Without spoiling the film’s shocking twist, AD chats with the director along with production designer Lee Ha Jun about creating those amazing sets

Director Bong Joon Ho’s Parasite is a film that defies genre. At once hilarious, thrilling, and haunting, this year’s winner of the Cannes Film Festival’s highest honor is a one-of-a kind-masterpiece with an ending (which will not be spoiled here) that will leave your mouth agape. “It is a Bong Joon Ho film,” the director says with a laugh when asked if there’s any way to define it. “The film is funny, sad, and scary, and you feel a mix of emotions, but I think in the end I want audiences to feel like they have seen an honest portrayal of the times that we currently live in.”

At its heart, the story is about the class divide as illustrated by two families. First, the viewer meets the Kims, a father, mother, and college-age brother and sister who live together in a semi–basement apartment. Bong says he chose this kind of home, not uncommon in his native South Korea, for them because it is realistic, but also because “it really reflects the psyche of the Kim family,” he tells Architectural Digest through a translator. “You’re still half overground, so there’s this hope and this sense that you still have access to sunlight and you haven’t completely fallen to the basement yet. It’s this weird mixture of hope and this fear that you can fall even lower. I think that really corresponds to how the protagonists feel.”

In order to get it right, production designer Lee Ha Jun visited and photographed empty towns that were set to be torn down, and then copied them as he built the Kim family’s crowded street and cramped, cluttered apartment on a set. “I could see the traces of people who lived there,” he tells AD over email (also via translator) of his visits to the ghost towns. “We even modeled the old bricks used in the empty houses in silicon to re-create them.”

Lee also spun intricate backstories for the many fictional neighbors, which informed the props littering the fake street. “One particular house is owned by an old lady who sends her children to cities to collect reusable garbage to make a living,” says the designer. “Her back is so bent that she uses a stroller to collect paper recycling—so in front of her house is a stroller full of old paper.” Other characters on the block include a shaman and someone Lee describes as an “unemployed wannabe YouTuber.” The result is quite realistic. “Even Korean audiences didn’t realize they were built [on a set],” says Bong.

Eventually, the wealthy Park family is introduced, and their house is the center of the action for most of the film. Just like the semi-basement represents the Kims’ place in society, their sleek, modern dwelling represents theirs. “They want to show off that they have this sophisticated taste,” says Bong. The first floor and garden were built in an empty lot; the second floor and basement were built on a soundstage. This is a film with plenty of secrets and much sneaking around, so some design choices were made with simple logistics in mind—if one character is creeping down the stairs, can the character sitting at the dining room table see them? Aesthetically, though, the goal was to create the sort of house an avaricious, elitist owner would brag about.

Not only was their home designed by a fictional starchitect named Namgoong, he was actually the previous owner. So to create the set, Lee tried to think less like a production designer and more like an architect. “We had to consider the cinematic factors but also had to create a house so real that the audience could accept the idea the characters were actually living in it,” he says. The result is simple, elegant, and modern with plenty of wood, glass, and clean lines and silhouettes. “When Namgoong built the Park house, the purpose of the first floor living room was to appreciate the garden,” according to director Bong, explains Lee. So the designer gave the space a giant wall of glass looking out at the yard, and outfitted it with minimal furniture save for a unique, multi-level coffee table and a stylish couch. (No television in sight!) “I wanted the wide living room and the large garden to look like one impressive picture,” he says.

The art on the Parks’ walls is also a status symbol, and some of the works that appear are actually the real deal. An image of a forest made of stainless steel wire mesh from Korean artist Seung-mo Park’s “Maya” series hangs on one wall. “When I look at the piece, I feel like I am falling into a silent, solitary space in a forest,” says Lee. “As the image suggests, the film Parasite flows from a silence to the massive wave starting from a thrown rock in a well, then becomes quiet again.” Seung-mo Park also created an original image of cats especially for the movie.

Convinced that their young son Da-song is an art prodigy, the Park family has his abstract pieces displayed prominently as well. “The mother thinks her son is a genius and that he’s like Basquiat,” says Bong. “She loves her son, but in a way she’s just showing off. It is almost like she is hypnotizing herself. In the end I think she just wants to show she is not like the rich old-timers—she is a new, young rich person with very sophisticated taste.”

The Parks’ living space does much more than simply provide pitch-perfect characterization. Something dark is lurking in the home, something that drives the plot to a completely unexpected place. Their chic, tastefully furnished, perfectly lit house sets the stage so for the epic twist so well, says Bong, “because houses usually should feel very mundane, cozy, and comfortable. And when that is threatened, that is when we feel the most fear.”