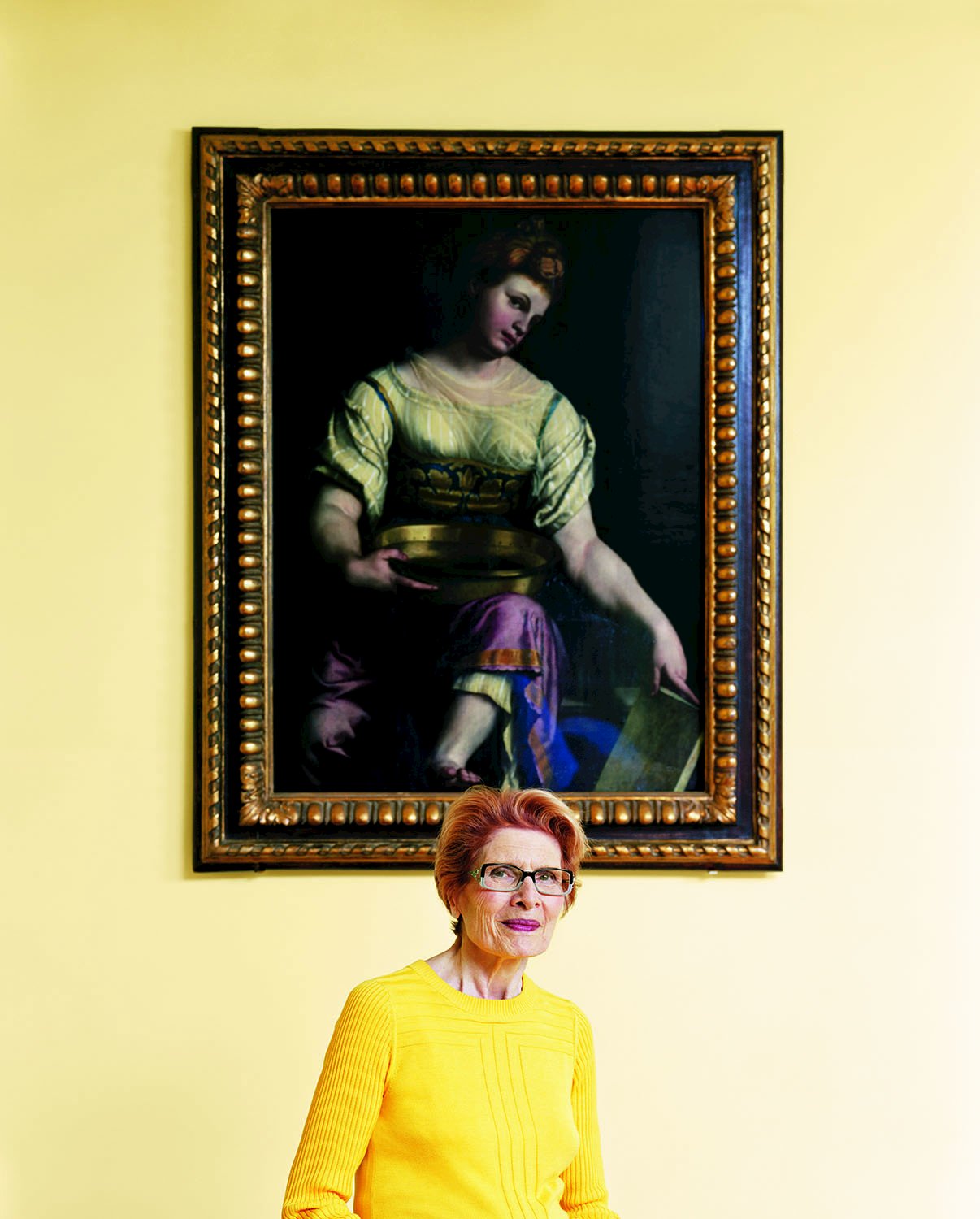 A self-taught art expert, she always insisted that her first criterion for a purchase — maybe her only one — was loving the piece.

Hester Diamond, a New York art collector, art dealer and interior designer who joined with her first husband in amassing an astonishing Modernist collection before tossing it aside in favor of old masters, died on Jan. 23 at her home in Manhattan. She was 91.

Her son David Diamond said the cause was metastatic breast cancer.

Ms. Diamond’s career spanned more than six decades, beginning with a part-time gallery job in the 1950s and culminating in the presidency of a research institute dedicated to Florence’s Medici family.

A self-taught art expert, Ms. Diamond always insisted that her first criterion for a purchase — maybe her only one — was loving the piece.

“There was no strategy,” she said in a 2017 oral history interview for the Archives of American Art and the Center for Collecting in America. “See an opportunity. Find the buyer. See how it goes.”

HesterKlein was born on Dec. 10, 1928, in the Bronx, the only child of David Klein, a civil engineer, and Edith (Wilbur) Klein, a bookkeeper. Her parents divorced when she was a teenager.

She grew up in the Bronx and, as an English major, received a bachelor’s degree in 1949 from Hunter College in Manhattan. By then she had become a devoted museumgoer. (The Museum of Modern Art was her favorite.)

The next year she married Harold Diamond, a Columbia University graduate from her old Bronx neighborhood (they met on a street corner, she said) who shared her love of art.

He was a fourth-grade schoolteacher in Harlem, and she took a job as a social worker, and they lived in what Ms. Diamond described as a tenement apartment on West 61st Street, spending their spare time in Manhattan art galleries. Eventually, Martha Jackson, an art dealer they had gotten to know, offered them weekend jobs at her gallery.

Focused increasingly on the art world, the two fell in love with the work of a British painter and sculptor, Barbara Hepworth. In 1955, on a whim, they wrote her, proposing a North American tour of her work. She agreed, and they set up eight museum shows from New York to San Francisco and in Canada. The arrangement was that each museum bought one Hepworth piece.

When they visited Ms. Hepworth in England the next year, new British friends asked them to sell a few pieces for them. That went smoothly. By the time they were asked to arrange the purchase of a Henry Moore sculpture for a $5,000 fee (when the median price of an American home was about $7,000), it was time to quit their day jobs.

Their sales were private — no publicity, no exhibitions — and, as one art publication suggested in 1970, they were handled with “the tact of a diplomat and the cunning of a spy.”

Meanwhile, a client told Ms. Diamond that he loved the way her apartment was decorated and asked if she would do something similar for a place he had just bought. She agreed on the spot (“I have never been a person who ever said, ‘Well, I’ll see about that’”) and was soon running a thriving interior design business.

Her specialty was mixing antique furniture with contemporary art, and vice versa.

The Diamonds’ weekend house in Huntington, on Long Island, was filled with antiques and with art that ranged from a Léger mural to an Egyptian funerary mask. A 2008 T Magazine article likened her Manhattan living room to “some postmodern cocktail party set in a 16th-century Florentine church.”

The Diamonds’ collection included Picassos, Légers, Mondrians and Brancusis. Among the Brancusi sculptures were “The Kiss” (from about 1908) and “Bird in Space” (1926), which had been the subject of a jazz-age legal battle in which American customs officials argued that it was a utilitarian object. The courts declared it was art — and duty free.

The 1980s brought monumental change to Ms. Diamond’s life. Her husband died at 56 after a very brief illness. She gave up the interior design business, having decided her vendors had become too unreliable. Her son Michael took the stage name Mike D, created the group the Beastie Boys with two friends and made hip-hop history. Ms. Diamond married Ralph Kaminsky, an economics professor. And she turned her collecting attention to old masters.

Over the next 25 years, she formed a collection distinguished by 15th- and 16th-century Italian and Flemish oil paintings and 14th-through-16th-century wood, terra cotta and stone sculpture.

After intriguing inventory markings were found on a newly discovered Pontormo “Madonna and Child” she had acquired, she helped investigate archival documents of the Medicis, the dynasty that long ruled Tuscany. She became the founding president of the Medici Archive Project, now a research institution.

After Mr. Kaminsky’s death, in 2012, she helped found Vistas (Virtual Images of Sculpture in Time and Space), an organization focused on new scholarship on European sculpture from the 13th through the 19th century, using both print publications and high-resolution online imaging.

In addition to her sons David and Michael, she is survived by her third husband, David S. Wilson, a psychoanalyst, whom she married in 2015; a stepdaughter, Rachel Kaminsky; three stepsons, David, Daniel and Douglas Wilson; and four grandsons. Another son, Stephen Diamond, died of neuroendocrine cancer in 1999.

If Ms. Diamond’s interest in art can be said to have begun with those early museum visits, she owed her career to relatively lenient midcentury parenthood standards.

“I knew from a very young age that the Bronx was O.K. for living in, but that my destiny was in Manhattan,” she said in the oral history interview. “And I knew that there were all kinds of interesting places you could go, and things to see, and things to think about in Manhattan.

“And so I would just take off after school. It’s kind of interesting now the degree of freedom I had.”

An earlier version of this obituary misstated the given name of Ms. Diamond’s second husband. He was Ralph Kaminsky, not Howard.