Guy Yanai’s Painting Practice Was Made for This Moment 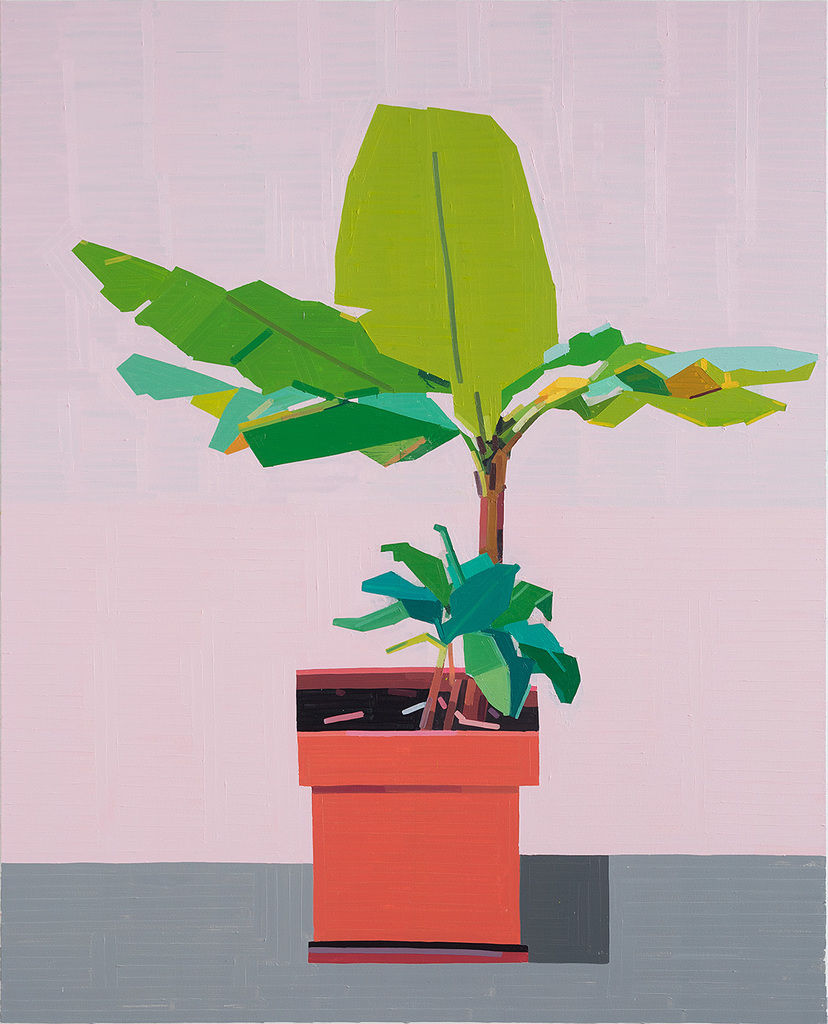 Guy Yanai checked into a Club Med in the French Alps, and quickly discovered it was not what he expected. The hotel was an outdated ski lodge without any snow. “It was this horrible vacation,” the fortysomething artist said of his family trip there, a few years back. Still, he wanted to paint the drab resort—maybe so he could get a do-over of his vacation, this time in colorful and glorious surroundings.But once Yanai flew home to Tel Aviv, none of his snapshots were quite right. He kept searching for a good image until, finally, he found one on a completely generic source: TripAdvisor. “They had all these pictures, so I combined a few and I made this painting,” Yanai said of Club Med Serre Chevalier (2017), the first artwork for which he ever used the popular tourism website. “I really like this painting.”

After finding decent TripAdvisor photos of that Club Med, Yanai transferred a remixed version to a large-scale canvas with his usual Mediterranean palette of bright greens, pinks, and aquas. His signature brushstrokes—long strips that leave behind sculptural traces of excess paint, like grout between mosaic tiles or the lines of a woven textile—outline the hotel buildings, mountains, and cloudless sky.

This first experiment in googling potential muses proved to Yanai that he could paint absolutely anything—even from his ground-floor studio in a rough neighborhood in south Tel Aviv, sometimes without seeing the real-life original, and far removed from the major art hubs where he mostly exhibits his work.

“Then I was like, wow, you can do anything,” he said of the surprising sources he now regularly uses for his paintings, which lean toward stylish interiors, sailboats, lush potted plants, and open windows overlooking a landscape. “I’ll use anything I can to make a great painting, I don’t care what it is. I’ll use this water bottle, I’ll use Instagram, I’ll use any tool I can that’s available to me.”

He’s turned to TripAdvisor, Google Street View, and other image-heavy websites countless times since the Club Med epiphany, making them a regular part of his artistic practice. They’re especially handy tools now, when he’s limited to an irregular combination of his home and studio (along with many other artists worldwide). It’s as if Yanai has been practicing being a quarantined landscape painter for years.

“I have everything I need right here,” Yanai told me in his studio last month, surrounded by bookshelves stacked with hardcovers on Henri Matisse, David Hockney, and Cy Twombly; a computer with a large-screen monitor; a café-worthy espresso machine; and printouts tacked to the walls. Speakers drowned out the street noise, with jazz music that sounded like a vintage film score. “I have this kind of self-sufficiency,” he said. “And now it’s even more valuable.”

His visual tools are both ubiquitous and obscure, seemingly random but also all somehow personal. Yanai has used the New York Times, Vitra furniture catalogs, Peanuts comic strips, his iPhone photos, and classic films like Claire’s Knee (1970), directed by Eric Rohmer. “I’ve done so many paintings from this movie,” he said, showing me a reproduction of Lake Annecy (2019), which he painted from a still photo last year. “And honestly, I could do the whole rest of my life just painting from this movie.”

Once Yanai chooses a source image, he hangs it up on his studio wall, where he works on four or five canvases at a time. At the time of my visit, the paint-speckled wall was studded with a photo he took of a single banana, a 1950s Israeli kibbutz interior with chic midcentury modern furniture, an Alex Katz painting of trees, and some photos from his (more enjoyable) family vacation to Sicily last summer. The images aren’t connected beyond the fact that they spark a memory or response for him—one of Yanai’s guiding principles when he surfs the web looking for something to paint.

“I’m sure that Matisse would be doing the same thing. Positive. You have all these visual things everywhere,” said Yanai, who sometimes spends nights thinking about what his art-historical heroes would do with internet access. “I think the main thing now is, you’re not an artist, but an editor. The main thing is what to paint. There’s even too much freedom now.”

That freedom extends to where an artist lives, too, in Yanai’s opinion, and is a helpful reminder now during the COVID-19 pandemic, when so many artists find themselves sheltering in a place removed from their usual art activity. Born in northern Israel and raised in the Boston area, Yanai has been based in Tel Aviv for the past two decades and is used to being time zones and international flights apart from his gallerists, exhibition venues, and collectors in New York, Paris, Düsseldorf, Amsterdam, and Los Angeles. In what Yanai paints, and how he shows it, a Wi-Fi connection is key.

“Right now, you need three things to be an artist in the world,” Yanai said (being able to go outside is not one of them). “You need to live in a semi-democracy; you need free internet; and you need DHL and FedEx and UPS and air freight shipping. If you have those three things, you can pretty much be anywhere.”

Yanai has had a solo exhibition (at Galerie Conrads in Düsseldorf) and three art fair presentations (at Art Brussels, Art Cologne, and the Dallas Art Fair) postponed due to the pandemic. For the moment, he’s continuing to paint the same way he has for years, just with much more distracting background noise.