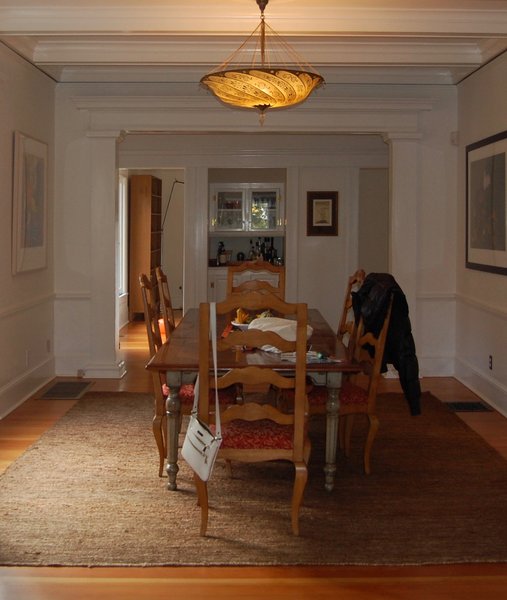 From adaptive reuse to midcentury rehabs, these deft renovations deserve a second look.

The year’s most memorable transformations ran the gamut from gut renovations to respectful facelifts—regardless of the level of intervention, however, the resulting homes are case studies in how to honor original characteristics while becoming more responsive to modern lifestyles, local context, and environmental concerns.

10. This San Francisco Dwelling Feels Like a Japanese Ski Cabin

9. An Enchanting Craftsman Home in Portland Is an Ode to Local Flora

Originally built in 1907, NW Johnson Street is a Craftsman-style home in Northwest Portland, Oregon, that had undergone many changes over the years, including having been subdivided into multiple apartments, before it fell into the hands of Jessica Helgerson Interior Design (JHID).

“It was a malfunctioning bathroom that led them to first reach out,” recalls Eng-Goetz. “I think this is often the case with renovations—a malfunction such as a leaking plumbing fixture prompts one to think, ‘What else could be improved?’ and before you know it, a whole-house renovation is underway.”

Before: The graffiti has pedigree. Once used as a garage for a vintage car collector, famous Formula One world champions spray painted their signatures on the walls on the first floor.

Now, a cozy family room occupies the first floor. The hearth and floor are the same limestone running throughout, while the Laurel Side Table and Moroso Klara Rocking Chair sit nearby.

7. A Divine Intervention Is Staged For This 16th-Century Spanish Church

“I need you. I bought a f*cking church!” With this blunt text message to his friend, architect Carlos Garmendia of Garmendia Cordero Arquitectos, Tas Careaga kicked off a three-year design adventure. Here’s the exterior of the 16th-century Basque church near Bilbao, Spain.

Garmendia and Tas first considered putting the kitchen in the sacristy, but because it would block views of the outside and was not part of the original structure, they instead placed the simple kitchen in the apse.

6. A Mullet Renovation Fills a Portland “Super Bungalow” With Daylight

The homeowners, Arrow and Jessica Kruse, lived in Los Angeles before they purchased this expansive home at the base of Mt. Tabor. Arrow had grown up in Portland, but after living in L.A., the family craved sunshine—which can feel like a precious commodity for half of the year in the Pacific Northwest.

By changing the roofline, Beebe Skidmore introduced light and usable space to the third floor. “It was not a lot of extra space, but we got headroom,” explains Beebe.

5. A Muddled Eichler Gets a Dashing Update

“This iconic, midcentury Eichler was love at first sight for our team,” say Sommer and Costello. “We immediately became inspired with plans for enhancing the open spaces and focusing on emphasizing the home’s distinctive connection to the outdoors.”

For this Eichler remodel, the objective was to respect the original bones with more thoughtful updates than what had come before. “Our goal was to design a beautiful mix of finishes that respected the timeless design intention of Eichler homes,” say Sommer and Costello. “Rather than focus purely on historical renovation, we wanted to update the finishes and layout to ensure it lives on for the next generation.”

4. A Park Avenue Prewar Apartment Gets a Multihued Makeover

Before: The dining room was drab with plain walls, dark flooring, and a single bulb jutting out of the ceiling.

The Schwalbes wanted their home to be functional, sophisticated, and whimsical. Architect Michael K. Chen sought to balance their desire for a modern update with maintaining the charm of the original layout. “We wanted the existing spaces to retain their gracious formality—it is Park Avenue, after all—but tempered that with bright colors, playful and graphic forms, and varied textures,” he explains.

The four-story home was originally designed by architect William M. Miller and built in 1898. It’s located in the Prospect Lefferts Gardens Historic District in Brooklyn, so when GRT Architects renovated the structure in 2018, they made sure to keep the facade true to its roots.

“The dining room is a transitional space between the old and new—in this space
we simplified the material palate, painting all decorative woodwork matte white to emphasize its geometry over its materiality,” say the architects. The room holds a midcentury dining set and pendent lights from Raco.

2. A Barcelona Couple Turn a Warehouse Addition Into a Live/Work Space

“It was rundown, dark, and divided,” recalls Masaaki of his first impression of the warehouse, the ground floor of a multistory apartment building. But after some thought, Masaaki, a Japanese-born architect, and Esther, an artist from Minorca, realized that owning the combined 2,700 square feet would allow them to headquarter Mas-aqui, the architecture and design firm they were planning to start, on-site. They bought the property and within months transformed it into a bright, modern live/work space.

1. A Midcentury Wrapped Around an Oak Tree Turns Over a New Leaf

This hillside-embedded house completed in 1963 in Danville, California, bears the hallmarks of an Eichler—sweeping expanses of glass, deep cantilevered overhangs, and an embrace of indoor/outdoor living—yet it had fallen into disrepair by the time NMT financial discovered it last year.

Fortunately, the damaged exterior and dismally dark 1970s interior didn’t scare away NMT Financial, who were captivated by the home wrapped around a massive oak tree embedded into the inner courtyard. Oakland-based See Arch was hired to restore the home’s modernist character while updating the dwelling to contemporary standards.