Art Is Where the Home Is 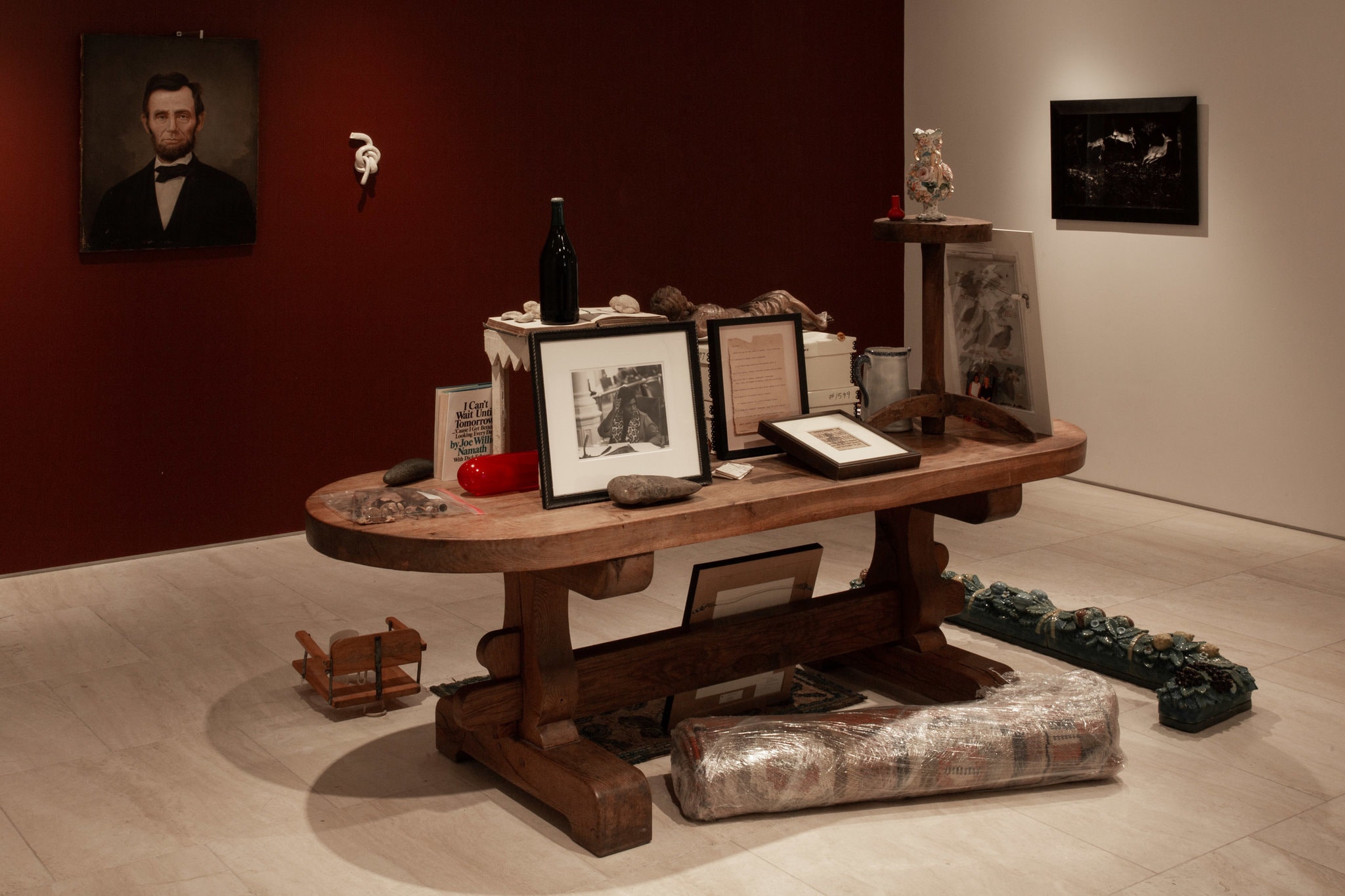 Two gallery shows make a case for the nourishing aspects of objects in artists’ lives.

Artists are picky people. The objects they live with — furniture, artifacts, ceramics, works by other artists — are usually carefully chosen, and they look it. They highlight an artist’s personal or aesthetic connections (or both), and clarify the nourishment objects can give us. Two exhibitions in two downtown galleries, a few blocks apart, make this point in a fruitful reciprocity.

One show is “A Specific Eye: Seven Collections,” at Demisch Danant, a design gallery at 30 West 12th Street. The other is “Siobhan Liddell: Nobody’s World,” the main attraction at Gordon Robichaux, a gallery of contemporary art at 41 Union Square West, as well as the first New York solo in nearly a decade of the multimedia savant Siobhan Liddell, who paints and sculpts, among much else. The shows have Ms. Liddell and two other artists in common, but more than that, they form a meditation on some of the ways artists sustain themselves and their art.

For “A Specific Eye,” Suzanne Demisch and Stephane Danant invited four artists or artist-couples, an artist’s estate and two dealers to choose some cherished artifacts, mementos and occasional works of art to display at the gallery, mostly on tables from its examples of French postwar design. (Three participants brought their own furniture, too — remember, I said artists are picky.)

The exhibition exudes stylish domesticity and suggests a cabinet of wonders. It’s like being in the homes of people with intriguing taste. You want to look around.

The groupings cross several cultures, starting with Americana, in a lively exhibition of mostly 19th-century paintings, objects and Gothic Revival furniture from the estate of the photographer Saul Leiter, followed by a more homogeneous sight: a row of six distinctive sculptural heads and busts from the dealer Frank Maresca. The artist Ugo Rondinone presents his collection of 17 pint-size scholars’ rocks from China and Japan atop a stainless steel table from 1968 by the French designer Maria Pergay (still working at 88); they resemble a diminutive limestone forest on a high plateau.

In a living-room-like arrangement of furniture — including another Pergay table — the sculptor Huma Bhabha and the painter Jason Fox have clustered choice travel souvenirs and personal keepsakes that take us from ancient Rome to Karachi, Pakistan, where Ms. Bhabha was born, to Southeast Asia. The photographer François Halard trains his camera on the layered displays of artifacts and photographs in his home in Arles and places four of these images in close quarters with African sculptures and delicate ceramic bowls, one from East Persia dating to around 1000 AD.

The least familiar material may be that of the dealer Jason Jacques: gleaming vases by the polymath artist Galileo Chini, and the luxurious enameled boxes of the metalsmith Alfred Daguet. These Art Nouveau objects have an appropriate setting in a large 19th-century glass-front bookcase provided by Mr. Jacques.

The artists Robert Gober and Donald Moffett have orchestrated the most complex, suggestive and close-packed display at Demisch Danant on a thick-topped oak refectory table, as well as the floor and adjacent walls. Photographs and ephemera, art and artifacts (including some Native American stone tools) form an intricate rebus, a double self-portrait and an American history lesson rolled into one, with a thrift-store portrait of Abraham Lincoln (signed A.L.S.) flanked, as if by sconces, by two ropelike knots of yellow ceramic by Ms. Liddell.

Ms. Liddell’s artworks involve little in the way of fine materials or recognizable skills, while being visibly handmade. Her exhibition at the gallery of Sam Gordon and Jacob Robichaux is, as usual, a menagerie of disparate, modestly sized, oddly poetic things spread about the space, and it feels initially a little like stepping into an aquarium.

In addition to ceramics, her sculpted materials tend toward cheap: paper, wire, string, plastic cups. A found image and object coalesce beautifully in “Feather Moon,” whose soft-looking foreground turns out to be a feather laid on top of a photograph of the moon, then rephotographed. She favors leaf forms, some wrought large in papier-mâché. For a small wall piece titled “This Century,” clay glazed blue and white is awkwardly wavelike and serves as a pedestal for a glossy digital postcard of a conch shell, all shiny and pink inside. In the relatively refined “Silver and Blue,” whorls of tiny scales of paper are glued to canvas and spray-painted; it suggests a lunar weather system or eccentric fur pelt and looks different from every angle.

The gallery’s office holds a bonus: a grouping of small works by 15 artists assembled by Ms. Liddell, Mr. Gordon and Mr. Robichaux. It includes paintings, sculptures and drawings by Mr. Gober and Mr. Moffett, Leidy Churchman, Sue Tompkins and Beverly Buchanan, among others. I could imagine them gathered even more closely together around a table at Demisch Danant.