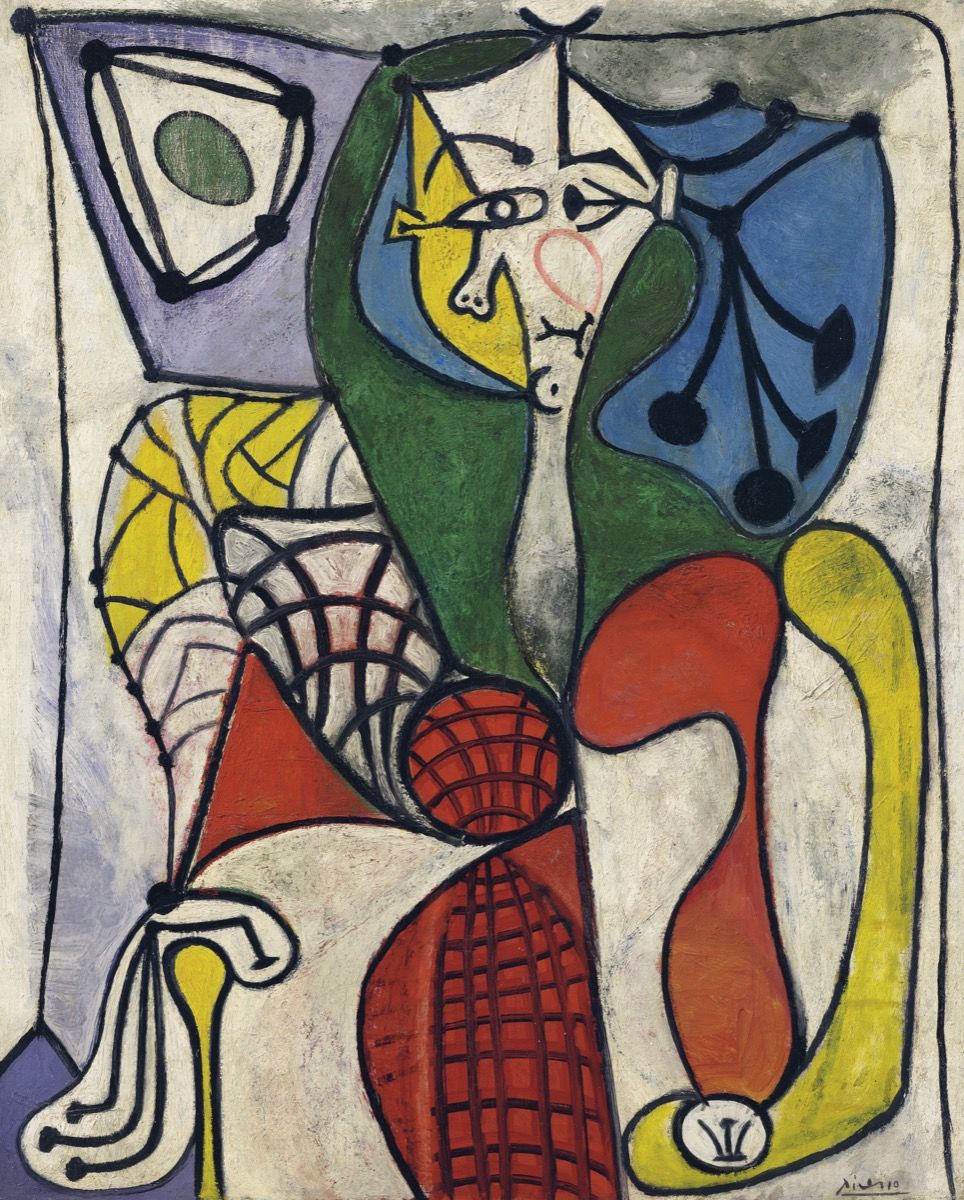 Version:1.0 StartHTML:000000375 EndHTML:000065067 StartFragment:000017318 EndFragment:000064993 StartSelection:000017606 EndSelection:000064959 SourceURL:https://www.artsy.net/article/artsy-editorial-8-lots-ignite-bidding-frenzies-fall-auctions-new-york?utm_medium=email&utm_source=18571298-newsletter-editorial-daily-11-09-19&utm_campaign=editorial&utm_content=st-T 8 Lots That Could Ignite Bidding Frenzies at the Fall Auctions in New York – Artsy All eyes will be on New York’s auction house salesrooms next week, with masterpieces up for grabs and artists’ records set to be smashed. Christie’s and Sotheby’s have lined up multiple works by canonical figures with eight-digit estimates for their evening sales of contemporary, Impressionist, and modern art. In its corner, Phillips has a Basquiat that packs a punch. And all three houses have some stellar works at lower price points that could be harbingers of rising market heavyweights. Here’s a cheat sheet to some of the standout lots to watch at next week’s sales.

Pablo Picasso, Femme dans un fauteuil (Françoise), 1948–49. Courtesy of Christie’s. The top lot at Christie’s Imp/mod sale is a fanciful Pablo Picasso portrait of his partner of many years, the artist and critic Françoise Gilot. Famously, Gilot was the only woman to ever dump Picasso. The painting’s pre-sale estimate of $12 million to $18 million may seem like small potatoes given his auction track record; if it sells for exactly its high estimate, it will be the 75th highest price ever paid for a Picasso at auction. The last time Femme dans un fauteuil (Françoise) (1948–49) traded hands at auction, at Sotheby’s in May 2000, it sold for $3.3 million. Whoever’s been holding onto it for the past 19 years could make their money back nearly sixfold.

Claude Monet, Charing Cross Bridge, 1903. Courtesy of Sotheby’s. There’s always money in Monets, as was confirmed for Sotheby’s in May when his luminous haystack painting Meules (1890–91) sold for $110.7 million, setting a new auction record for the legendary Impressionist. Now, the auction house is tapping the Monet well again—this time, with a picture from one of his trips to London around the turn of the 20th century. His depictions of Waterloo Bridge and the Houses of Parliament may be the more iconic compositions of this period, but Monet created just about the gentlest image of the chugging approach of modernity with two pastel-hued trains charging across Charing Cross Bridge. The painting comes from the estate of the recently deceased collector and philanthropist Andrea Klepetar-Fallek, who bought it from the legendary Galerie Beyeler in 1977. It has been guaranteed and tagged with a pre-sale estimate of $20 million to $30 million.

Ed Ruscha, Hurting the Word Radio #2, 1964. Courtesy of Christie’s. Works by the revered Los Angeles artist Ed Ruscha don’t typically trade in the same eight-figure stratosphere as contemporary art giants like Basquiat and Koons. In fact, only one Ruscha has ever sold for more than $10 million: The text painting Smash (1963) set the artist’s auction record in 2014 when it sold at Christie’s for $30.4 million. “Usually when you have these record prices, you see other works come out of the woodwork,” said Ana Maria Celis, the head of evening sale, post-war, and contemporary art at Christie’s, “but we didn’t really get another great early 1960s Ruscha, and we’ve been so hungry for one.”Now, the auction house is angling to smash Ruscha’s record again with Hurting the Word Radio #2 (1964), which has a pre-sale estimate of $30 million to $40 million. The influential L.A. collectors Joan and Jack Quinn acquired the work directly from Ruscha in the early 1970s, and it has been in their collection ever since. But for Celis, the text painting’s appeal is much broader than its West Coast roots.“The word is so international, it translates across languages—it’s the same in English, Spanish, French, and so on,” she said. “There’s a play on nostalgia with the word.” Accordingly, Christie’s has given the work its own room at its Rockefeller Center showroom, with benches where would-be buyers can sit and listen to old-timey tunes piped in over speakers.

Alma Thomas, A Fantastic Sunset, 1970. Courtesy of Christie’s. Ruscha’s radio painting could set a new auction record, but this scintillating Alma Thomas is actually guaranteed to do so. The Washington Color School painter’s magnetic 1970 work A Fantastic Sunset comes with a pre-sale estimate of $2.2 million to $2.8 million, well ahead of her current auction record of $740,000, set earlier this year at a Sotheby’s day sale. Even the fact of this work’s particular provenance—it once belonged to the disgraced comedian Bill Cosby, who was convicted of sexual assault last year and sentenced to up to 10 years in prison—can’t diminish its prospects at auction.“We’ve been trying to find an Alma Thomas painting of this caliber for a long time,” Celis said. “Thankfully, we’ve had these great shows lately, like [the touring exhibition of work by black artists] ‘Soul of a Nation,’ to bring greater attention to her work.”

Jean-Michel BasquiatThe Ring, 1981PhillipsPhillips has lined up this bold Jean-Michel Basquiat painting from the artist’s most sought-after year, 1981, as its banner lot. The pre-sale estimate of $10 million to $15 million for The Ring (1981) may not seem so impressive given the $110 million Japanese billionaire Yusaku Maezawa paid for Untitled (1982) in 2017, setting an auction record for a Basquiat—and any work by an American artist. But it’s a big jump from the price it achieved last time it appeared at auction, at a 2012 Sotheby’s sale where it fetched $7.6 million—not to mention the previous time, in 1999, when it sold at Christie’s for $442,500. For Scott Nussbaum, Phillips’s head of 20th-century and contemporary art in New York, The Ring’s enduring appeal is partly because it is a quintessential Basquiat.“It ticks all the boxes for content, subject matter, and aesthetics,” Nussbaum said. “The market for Basquiat’s work has grown considerably since the last time it came to auction in 2012, and there’s a lack of major paintings from 1981 coming on the market. There aren’t that many, and they’re mostly in major collections.”

Lee KrasnerLame Shadow, 1955PhillipsSotheby’s notched a new auction record for the seminal Abstract ExpressionistLee Krasnerin May, when The Eye is the First Circle (1960) sold for $11.6 million to mega-collectors Emily and Mitchell Rales. On the strength of that record and a major show currently on view at Schirn Kunsthalle Frankfurt, a couple of Krasners have come out of the woodwork this season, including another at Sotheby’s, and this rare work, Lame Shadow (1955), to which Phillips has given a pre-sale estimate of $2 million to $3 million. It is one of a very small number of works Krasner made by cutting up her earlier paintings and collaging them to make new compositions. Lame Shadow could signal a new high mark for the series, which previously topped out at $1.2 million, when Bird Talk (1955) flew well over its high estimate of $700,000 at a Christie’s sale in 2015.“There were only five paintings in this series, and two of them are already in museum collections,” Nussbaum said. “She, for a long time, was profoundly undervalued and in the shadow of Jackson Pollock. It’s really gratifying to see that shifting.”

Willem de Kooning, Untitled XXII, 1977. Courtesy of Sotheby’s. Sotheby’s has lined up a pair of works with estimates of $25 million to $35 million for its contemporary art evening sale next week: the luminous Willem de KooningUntitled XXII (1977), and Mark Rothko’s Blue over Red (1953), whose glow is positively nuclear by comparison. But the de Kooning comes with distinguished provenance, as it is reportedly being sold by dealer Robert Mnuchin, the father of U.S. treasury secretary Steve Mnuchin. That estimate is well below the artist’s auction record of $68.9 million, not to mention the record for a private sale of his work—the $300 million billionaire Ken Griffin paid for Interchange (1955) in 2016. But if it sells within its estimate range, it will be within the top four auction results for works from a sought-after year.“When you look at this painting alongside other works from this period, it’s just as good as if not better than many of the works in museum collections, whether it’s North Atlantic Light at the Stedelijk Museum or Untitled XIX at the Museum of Modern Art,” said David Galperin, Sotheby’s senior vice president and head of evening sale in New York. “In this painting in particular there are these large areas of white where you see him scraping away the paint, foreshadowing his works of the 1980s.”

Norman Lewis, Ritual, 1962. © Estate of Norman Lewis. Courtesy of Michael Rosenfeld Gallery LLC, New York, NY.Norman Lewis, the lone African American artist who was involved with the core group of Abstract Expressionists like de Kooning, hasn’t received commensurate interest from institutions and collectors until recently. Following a major traveling retrospective that opened at the Pennsylvania Academy of Fine Arts in 2015, the Newark Museum acquiring a major painting that same year, and the Whitney Museum following suit earlier this year, the interest in a Lewis artwork is surely growing. Sotheby’s might just manage to set a new record for his work with the exquisite, large abstract canvas Ritual (1962), which was featured in the 2015 retrospective and has an estimate of $700,000 to $1 million. If it reaches its high estimate, it will beat Lewis’s current auction record of $965,000, set at Swann Galleries in 2015.