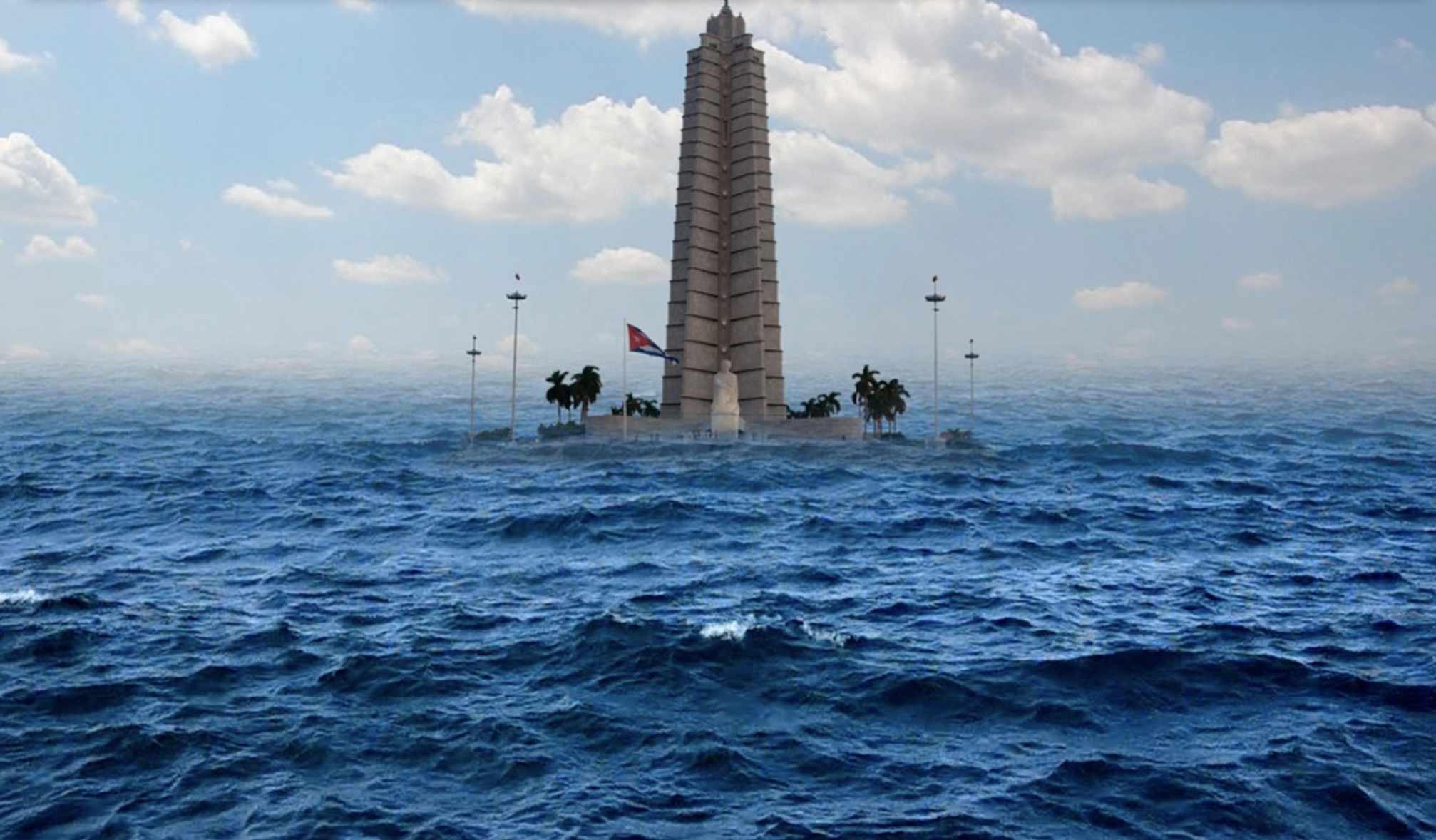 Luidmila Velasco and Nelson Ramirez de Arellano Conde are independent artists based in Havana, Cuba. Their work distinguishes itself with its combination of mediums, and allusions made to Cuban history and culture. Like Cuban history, the work often consists of dichotomies; by presenting contrasting elements such as cement and water. In their work ‘Absolut Revolution’ they present a collage of the Independence Tower in Havana, a monument of Cuban Independence from the Spanish, against the backdrop of an ocean. This serves as a symbol of the political history of Cuba and the island’s strive for independence in the Carribean.

The artists provide one of the most successful accounts of Cuban memory through its use of textures. ‘Mas de 100 Ventanas’ photographs walls and windows of worn down buildings in the streets of Havana. The rough texture and motives of demolition serve as a reminder of Cuban history in this work of art.
The duo, who have been working together for 25 years, has established a collective art space under the name Fabrica de Arte where they try to define Cuban modern art. They describe the space as a ‘great laboratory for interdisciplinary creation that exposes the best of Cuban contemporary art’. Here, all kinds of artistic manifestations can coexist within the same building.

Interest in Nelson’s works can be found at RAY studio of PSYCHITECTURE blog/magazine as well as SCHOOS Design in West Hollwyood, CA.  Please call at 310.663.870 or email at Rachel@Psychitecture.com for sales/media inquiries.