THE PERSONAL IS POLITICAL AND PSYCHOLOGICAL

The Communications Department of the J. Paul Getty Trust invites you a Press Preview: 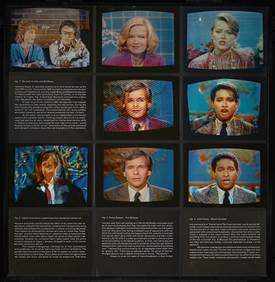 With the inception of the Psychitecture blog,  it was an honor to be part of the press for the opening of the exhibit Breaking News: Turning the Lens on Mass Media.   What distinguishes the journalistic pursuit of Psychitecture as compared to other media outlets, is the turning the psychological lens on the sensory experience of the arts.   The photographers represented in this exhibition are themed to turn the lens on how fine art photography responds and interprets the media ranging on topics from local news to military conflict.  As the gap between the personal and political diminishes in today’s political climate, the photographers chosen in this exhibition have carefully and technically revealed this fusion all through political time. Further, the political is personal  and can’t be separated from  the psychological.   To highlight this theory, I turn my lens on the  photographer Martha Rosler’s exhibited series of work House Beautiful: Bringing the War Home (1967-1972) featuring satirical social and political commentaries on the masked perfection of white upper class home life during the devastation of the Vietnam War.    The juxtaposition of Pat Nixon in front of a what seams like a mutilated small girl crunched in the frame behind her.   Liken to Degas who crunched woman into his frames,  not fitting in, this little girl is in a ball in terror.  Terror is below and beyond fear.  This white gowned woman exhibits the psychological repression and oppression from the pain of humanity.    If we are not psychologically online with our feelings we are disconnected in empathy to humanity. 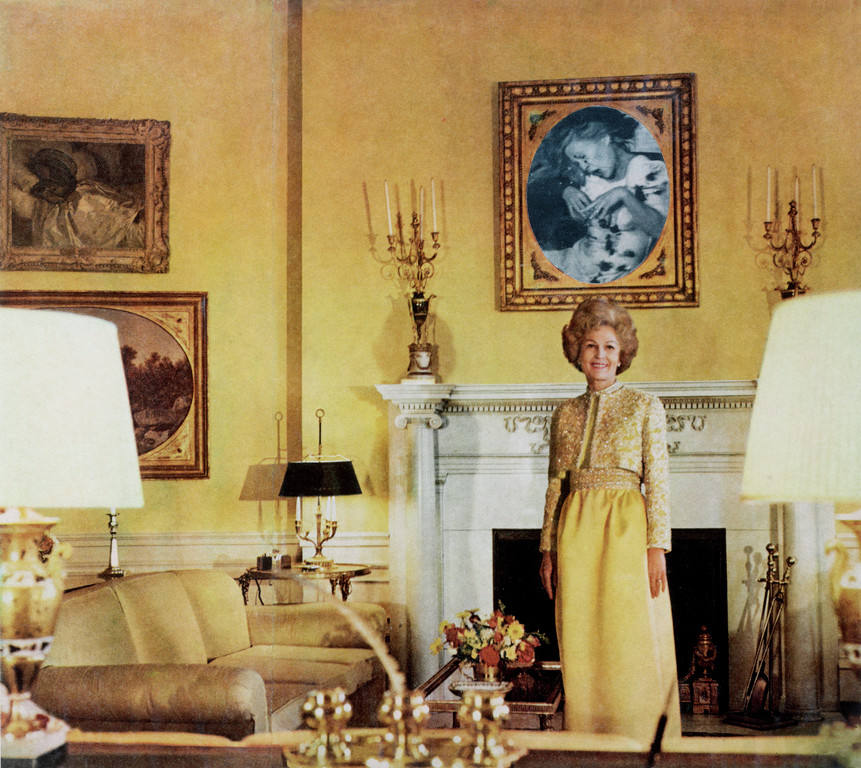